About 2000km southeast of Australia in the Tasman Sea is New Zealand, a country about the size of Great Britain with the natural diversity of a whole continent: volcanoes, glaciers, fjords and beaches are just some of its natural attractions.

Maori people were the first inhabitants of the country. They arrived from the South Pacific.

The English indicated on their map of New Zealand - used until the nineteenth century - that the west of the islands was "known" to Portugal as early as 1550. It is also recognized the exploration of the Spanish sailor Juan Fernandez in 1576, but it is not until the Dutch sailors arrived in 1642 that the country was named. Two centuries later the British are those who with the Treaty of Waitangi (1840) colonized, populated and united the British Empire giving rise to the "foundation" of the country.

Today New Zealand is a country with an independent foreign and commercial policy despite its strong British influence.

New Zealand was the first country in the world to recognize the female vote (in 1893).

New Zealand has a largely temperate climate with abundant sun, frequent rainfalls and different intensity of wind throughout the year.

We can find differences between the two islands due to their diverse geological qualities. The north island enjoys a subtropical summer while the south island is always cooler, partly due the mountains.

The weather changes often at this time so it is advisable to dress in layers to wrap up or take off clothes depending on the temperature.

Temperatures are warm, although in some places a light warm jacket is good after the sun goes down.

Temperatures hover between 20C and 30C depending on the area.

Fall: March, April and May

It is a good time to travel to our antipodes. Temperatures are moderate with an average of 10ºC to 12ºC. There is little chance of rain.

Winter months bring cooler weather and rain to parts of the country but many locations only experience a mild winter. High temperatures range from between 10 to 16 degrees Celsius (50 – 61F), but the ‘winterless North’ hardly experiences colder days at all. In the South Island, frosts and heavy snowfall is common.
Ski season is world-class.

CurrencyNew Zealand's unit of currency is the dollar (NZ$) that can be divided in cents.
Foreign currency can easily be exchanged at banks, some hotels and Bureau de Change kiosks, which are found at international airports and most city centres. All major credit cards can be used in New Zealand.

Check the exact exchange rate at the present time by visiting: www.xe.com

ElectricityNew Zealand's electricity supply runs at 230/240 volts, and angled two or three pin plugs are used.
Internet use in New Zealand is very widespread. Internet works without restrictions and reaches all places except remote rural areas.

Vaccinations: No vaccine is mandatory.

Religion: Christianity is the most common religion but other beliefs and practices are also spread among New Zealanders. 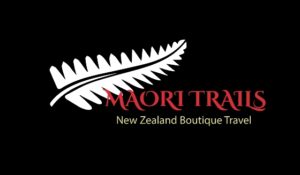