Dapaexplorer represents and markets in Spain the services of India Travel Pundits, an incoming travel agency specialized in India.

Tropical or subtropical, we can count three different types of seasons:

- Tropical dry: between April and June. Months are very dry and hot except in the Himalayas.
- Tropical wet: between June and September. It adds humidity to high temperatures.
- The cold season: between November and February. The decrease in temperatures can make the trip more pleasant except in the mountains.

Time zone: GMT +5.5. This means India is 4.5 hours ahead of Spain in summer months and 5.5 hours ahead in winter. There is no time change for energy saving in India.

Currency: The official currency is the Rupee. Main credit cards are accepted in hotels and other businesses. It is convenient to travel with Euros and change there to local currency, to the extent possible in different-value banknotes. ATMs are available in major cities.
At the time of writing this page the parity Euro = Rupee was the following: 1 EUR = 79.4680 INR
Check Life Exchange Rates at: www.xe.com

Internet: the use of Internet is widespread and it works without significant restrictions.

Vaccinations: None is mandatory for travelers coming from the European Union

Religion: Approximately 80% of the population of India practices Hinduism. Among the minority religions, Muslims stand out and only 6% practice other religions. Christianity is the third largest religion in India. 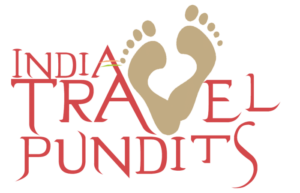